The UK crisis: a warning to the rest of the world?

Disastrous economic policies of successive UK governments are at the root of this crisis and the collapse of UK assets. But beware, other countries could soon know the same fate.

The UK is in the midst of a financial crisis of rare intensity. Last week, the pound hit an all-time low against the dollar, coming very close to parity, while sovereign bonds saw their yields reach their highest level since 2008.

The scale of the crisis is such that members of the Bank of England worked through the night on Tuesday to save the UK's pension fund system. Indeed, the collapse of gilt bonds has led to huge margin calls on UK pension funds, triggering forced sales of gilts, further fuelling the decline. On Wednesday morning, the Bank of England was forced to announce the temporary suspension of the Quantitative Tightening and the implementation of a sovereign bond purchase programme to curb the rise of yields. This decision also helps to curb the rise in mortgage borrowing and thus avoid a housing market crash.

The Bank of England's yield curve control has had the merit of stabilising the situation - at least temporarily - since the pound and government bonds rebounded slightly at the end of the week.

Anatomy of a crisis

If British assets (Pounds, Gilts) are suffering since Brexit, the accelerating element of the current crisis is of fiscal origin. The government of Elizabeth Truss, the newly elected Prime Minister of an elitist circle representing about 0.2% of the population, has decided to implement a growth-oriented policy by lowering taxes on the richest 5% of the population. This 45 billion tax cut plan is the biggest since 1972. The problem is that it is not financed, which means that the government has to resort to new borrowing even though the UK's debt is already very high (almost 100% of GDP). Although this plan does not come as a huge surprise (Miss Truss had mentioned these measures during the campaign), the financial markets did not welcome this announcement. It is in fact a real sovereign crisis, where a country as powerful as the UK is losing its credibility with the financial markets (NB: the government backtracked on Monday morning, cancelling the plan under pressure from the financial markets).

While most economists and institutions such as the IMF agree that Mrs. Truss' economic policies are completely irresponsible, this crisis has a history that dates back long before she took office. For years, the UK has faced great political instability. There have been no less than four prime ministers in six years. There have been three elections in seven years. Not to mention the famous 2016 referendum. The UK's current problems began with Brexit, which was itself the result of years of under-investment in education, housing and transport, causing a huge north-south divide and helping to fuel the social unrest that led to the country’s exit from the European Union. Following the vote, many skilled foreign workers left the island. The governments of the day had the weakness of thinking that a favourable tax regime would be enough to attract international companies. But without sufficient openness to the international workforce, taxation failed. In addition, years of underinvestment in energy infrastructure have made the economy dependent on energy imports. Inflation is rising, purchasing power is falling and workers are prepared to strike for higher wages. A wage-price spiral has gradually developed.

The UK economy is now facing structural problems and a lack of competitiveness, as evidenced by the current account deficit, which is over 8% of GDP. Successive governments have tried to keep the economy afloat through fiscal policy, first with handouts and now through tax cuts. But these blunt expenditures have only increased budget and current account deficits, with the corollary of a sharp rise in public debt. As for the Bank of England, it has been facing strong criticism from the Conservatives for several months.

In this context, the unfunded tax cut programme that has been put in place is perhaps the one that should have been avoided at all costs. This is the trap Sri Lanka fell into between 2019 and 2022. The culmination was a currency collapse and default.

The comparison between the UK and an emerging country is not accidental. Firstly, because certain fundamentals are similar to those of some emerging countries (see table below). But also because investors' views have changed. Over the last few decades, the market has been almost blindly supportive of all the G10 countries, including the UK. Now however, the UK is facing a crisis of confidence. The markets are uncertain about the effects of such tax cuts on growth. On the other hand, the debt to GDP ratio of 100% leaves no wiggle room for the UK, which would have had to find the means to finance the tax cut.  Moreover, the increase in the current account deficit in the short term has to be met by a weak currency and/or higher interest rates. But the fall in the pound creates more inflation while interest rate rises threaten to cripple the housing market and cause a deep recession, which runs counter to the government's growth agenda.

Finally, the fact that the 'independent' central bank is currently under pressure from the ruling party not to raise interest rates too much poses the risk of a currency collapse, a sovereign debt crisis and a banking crisis.

In the world of emerging economies, financing gaps are usually filled by a combination of fiscal or monetary tightening, and/or currency adjustment, which can be delayed through foreign exchange market intervention. But the Bank of England's foreign exchange reserves are limited, amounting to only $100 billion or 2% of GDP (compared to 20% of GDP in Japan and 100% of GDP in Switzerland...)

Another solution would be to resort to IMF assistance. However, this aid would surely be conditional on a tightening of the fiscal policy, which the Chancellor of the Exchequer Kwasi Kwarteng seems to want to rule out. Not to mention the dramatic and lasting reputational damage such a request of assistance would cause.

To reverse this negative spiral and without IMF assistance, the British government will have to convince itself of the capacity of its programme to revive real GDP growth and achieve competitiveness gains in order to close the large balance of payments deficit. If not, the pound and gilts are likely to continue to plummet. Indeed, the use of quantitative easing by the Bank of England against a backdrop of rising inflation, a falling pound and fiscal stimulus risks creating further inflation. And interest rate hikes will not help either. 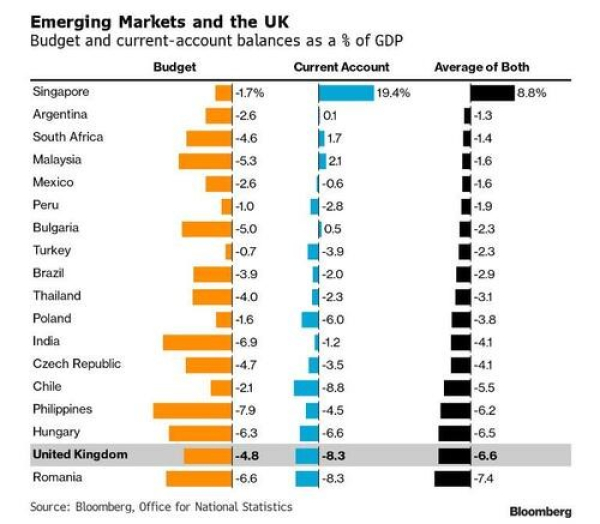 A warning to other G10 nations?

Most of the major global macroeconomic crises began with what initially appeared to be an isolated event. The Asian financial crisis began in Thailand. The eurozone sovereign debt crisis was triggered by an excessive deficit in Greece before spreading to other eurozone countries. The global financial crisis of 2008 originated in the US sub-prime housing market but then spread to the global banking system.

The events in the UK could well be the precursor of a sovereign crisis that could cross the Channel and even the Atlantic.

A quick look back. In the aftermath of the great financial crisis of 2008, most G10 countries implemented expansionary monetary policies, including the so-called quantitative easing (QE). These programmes had their advantages: they prevented the global economy from collapsing and helped to bring it out of deflation. They have subsequently helped to keep real growth at an acceptable level. Cheap debt and the influx of liquidity has also made it possible to finance numerous venture capital projects and has led to an unprecedented innovation race (artificial intelligence, human genome, blockchain, etc.). But QE also has many drawbacks and risks: the addiction of markets to liquidity inflows, the proliferation of numerous bubbles (growth stocks, cryptos, bonds, real estate markets), the widening of inequalities (which generates social crises, referenda such as Brexit, the arrival in power of populists as in Italy. etc.) but also and above all the explosion of debt (since it cost practically nothing). The 2008 debt crisis (which mainly concerned households and banks) has given way to another type of over-indebtedness, that of nations. 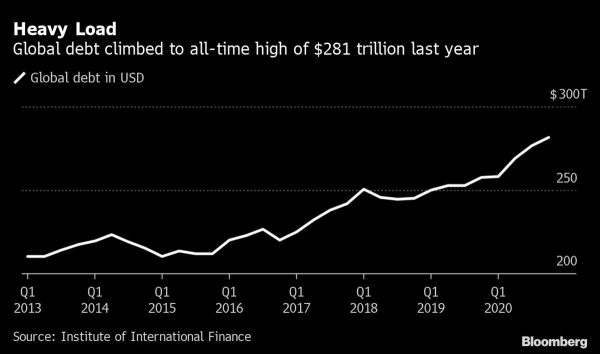 For years, this over-indebtedness did not lead to higher debt costs. During the crisis, the vast majority of governments were able to resort to massive fiscal support while benefiting from lower bond yields - a "miracle" achieved through a phenomenal expansion of central bank balance sheets.

But since 2021, the headwinds have been building: strong monetary growth in a context of limited supply of goods and services has generated record inflation, driving up interest rates and ending the QE experiment. Russia's invasion of Ukraine and subsequent sanctions are now forcing many governments to use fiscal support to help businesses and households cope with the energy crisis.

Japan, which was the first to use QE and which has the highest debt/GDP ratio in the G10 (250%), has been using the "Yield Curve Control" mechanism for several months, i.e. buying a large proportion of long bonds, despite the rise in inflation and the sharp fall in the Yen. Because of its huge debt, Japan wants to avoid a rise in bond yields, thus demonstrating the limits (and dangers) of excessive QE.

By announcing that it will buy up to £5 billion in bonds a day for a fortnight, the Bank of England is in a way setting up a similar process. But not everyone is Japan: UK debt does not have the same support from domestic buyers. Moreover, wage inflation is much higher there than in Japan. The exercise therefore seems much more perilous and threatens to push the pound down even further.

Other G10 countries could soon face the test of the markets. In Italy, Georgina Meloni's victory could also lead to a sovereign crisis. The yield spread of Italian bonds (BTP) against the German Bund has remained relatively tight until now, thanks to massive purchases of BTP by the European Central Bank (ECB). But these purchases are conditional on certain requirements in terms of fiscal discipline. What will happen if the new Italian government decides to use the fiscal weapon? As a reminder, Italy's indebtedness stands at 150% of GDP.

As for France, its financial situation is not so different from that of the UK. France's debt to GDP ratio is slightly higher, but the current account deficits of France and the UK are roughly similar (around 8% of GDP). The French government has just put forward a proposal for a 5% budget deficit which could balloon even further. And like the UK, France, Italy and other eurozone countries may not have the option of using Yield Curve Control. Bond yields could therefore soar without preventing the euro from weakening further.

A sovereign crisis in Europe is therefore quite possible. The case of the United Kingdom cannot be considered as being totally isolated.